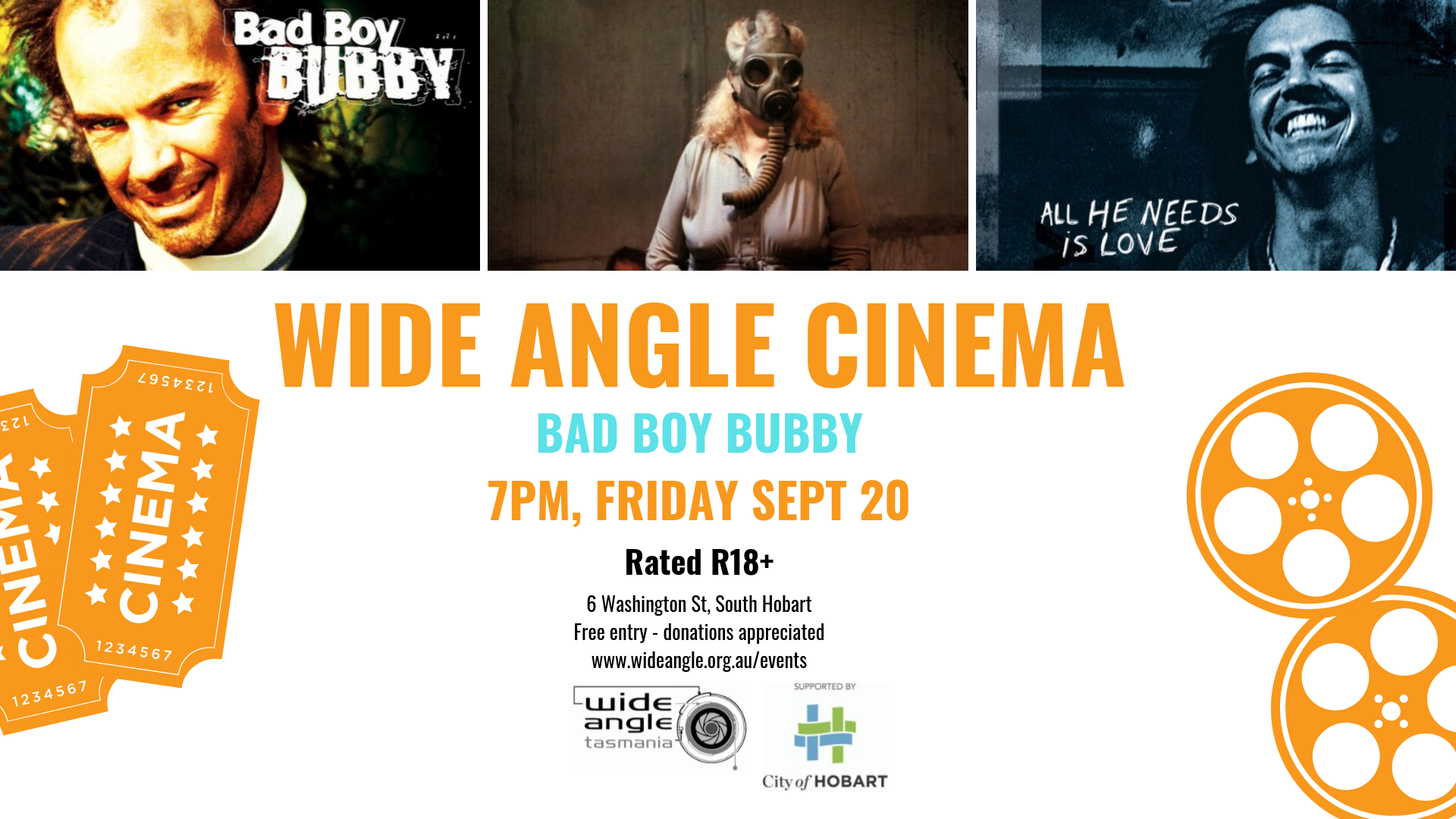 Confined to a two-room slum for his whole life, Bubby knows only of the existence of himself and his mother, a religious freak who shares the bath, and her bed, with her son. But when Bubby's long-lost father (an alcoholic priest) returns home, and to his wife's bed, the jealous Bubby is driven to head out into the world. Abused and exploited by everyone from feminists to prison inmates, a policeman, animal lovers and the Salvation Army, Bubby, armed only with the few phrases he's learnt from his mother, has a tough entry into an inhospitable world. But others soon warm to this innocent idiot savant, and Bubby starts to find a place in the poisoned world from which he was confined. An international art house hit that won best film at the Venice Film Festival, Bad Boy Bubby is director Rolf De Heer's (The Tracker, Dingo) dark, quirky cult comedy masterpiece.

Wide Angle Cinema is a curated programme of important Australian films screening every month at the Wide Angle Screen Centre in South Hobart.  With support from the City of Hobart, Wide Angle Tasmania presents a feature length programme for free to audiences.