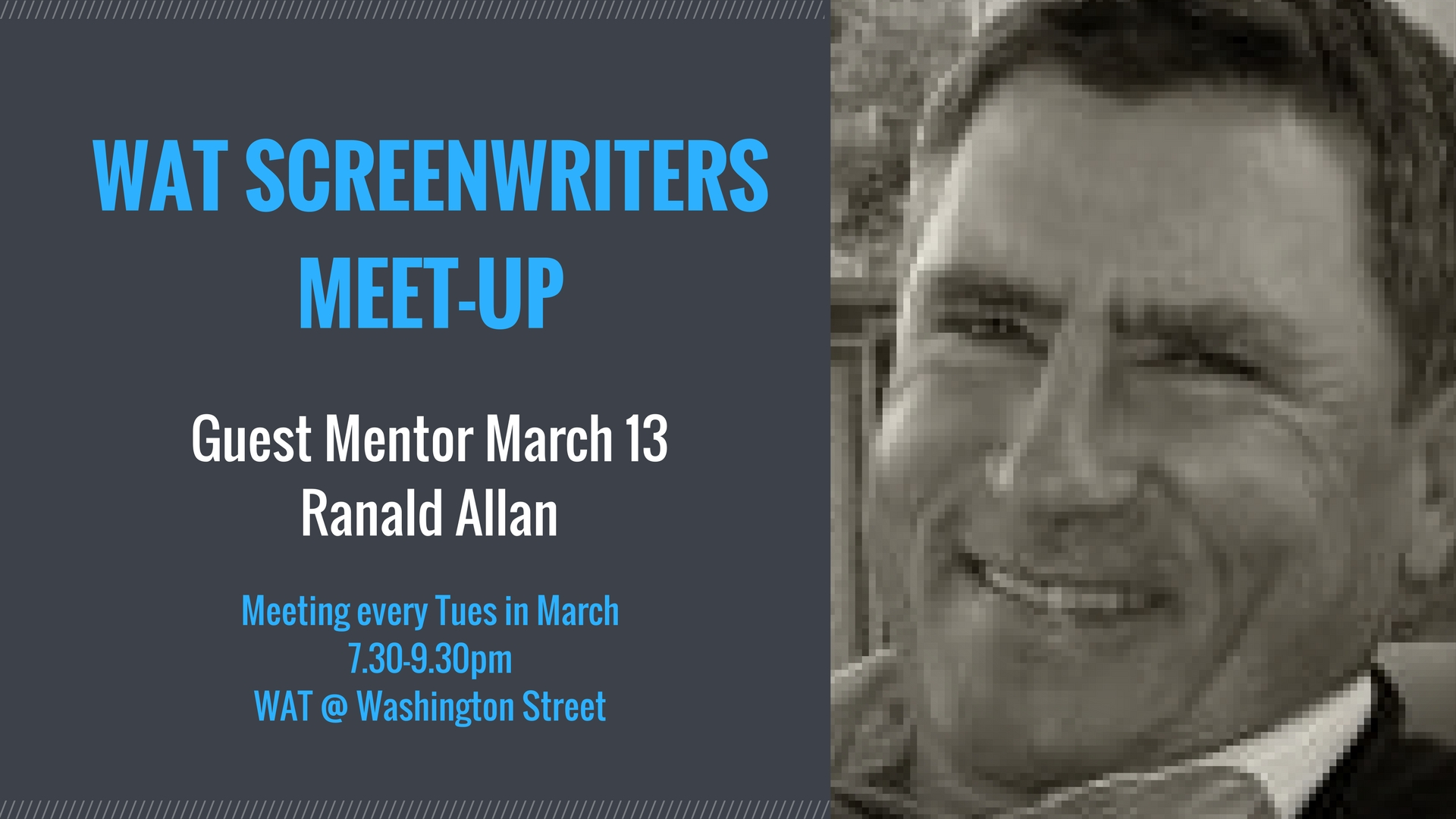 Focus: Explore the concepts of a good story well told and how it takes a lot of work to be simple.

Ranald Allan has worked as a writer/developer for film and television since 1981. In feature film, Ranald wrote The Crossing, Luigi’s Ladies and Deadly. The Crossing was based on Ranald's short-listed Vogel’s Award novel of the same name and was Russell Crowe’s first leading role, securing him an AFI nomination. Deadly, a romantic thriller set against a background of black deaths in custody received an Awgie nomination as Best Original Feature and Luigi’s Ladies set during the 80’s financial crisis starred Wendy Hughes. He script doctored the features Day Of The Panther and the sequel, The Panther Strikes Back. Ranald worked in the UK developing an American feature Never Forget with Simon Langton, the director of the highly successful series Pride And Prejudice and Black Baby, a feature film adaptation of Clare Boylan’s award winning novel, set in Ireland.

In television, his writing credits include Raw FM, Fire and Clowning Around. He script edited Foxtel’s award winning 8 hour supernatural thriller, The Kettering Incident, the mini‑series, Jackaroo, the courtroom drama series Rafferty’s Rules and the children's series Haydaze and Ship to Shore. In documentary he wrote and directed South Hobart 7004 for the SBS ‘Australia By Numbers’ series and It’s A Heart Thing, broadcast in 2001.

Ranald ran the Script Office for Screen West in 1992 and 1993. He has worked as a script assessor for the Australian Film Commission and SBS. From 2005 to 2010 he was one of two external script managers for Film Victoria assessing all film and television projects submitted for script development. He has been a tutor and lecturer for the UK based Script Factory and European based Arista programs. In 2011 he was a Development Executive at Screen Australia and also served as a Development and Production Executive at Screen NSW in 2015.

Ranald has script edited many feature films and continues to assess feature scripts for Screen Australia, Screen Tasmania, Film Victoria and Screen NSW. In 2015 he received funding from Screen Australia to write an adaptation of the Miles Franklin nominated novel, Bereft. He is writing a family film Rainboy for producers Brian Rosen and Su Armstrong, working with David Batty developing his successful follow up to the Bush Mechanics television series, Black As, (65 million views worldwide) into a feature. As the Tasmanian Development Executive for Matchbox Pictures he is developing a slate of three television series for production in Tasmania. He is also helping develop the indigenous online series Yonni Come Lately with Tasmanian Aboriginal writers Nathan Maynard and Adam Thompson.