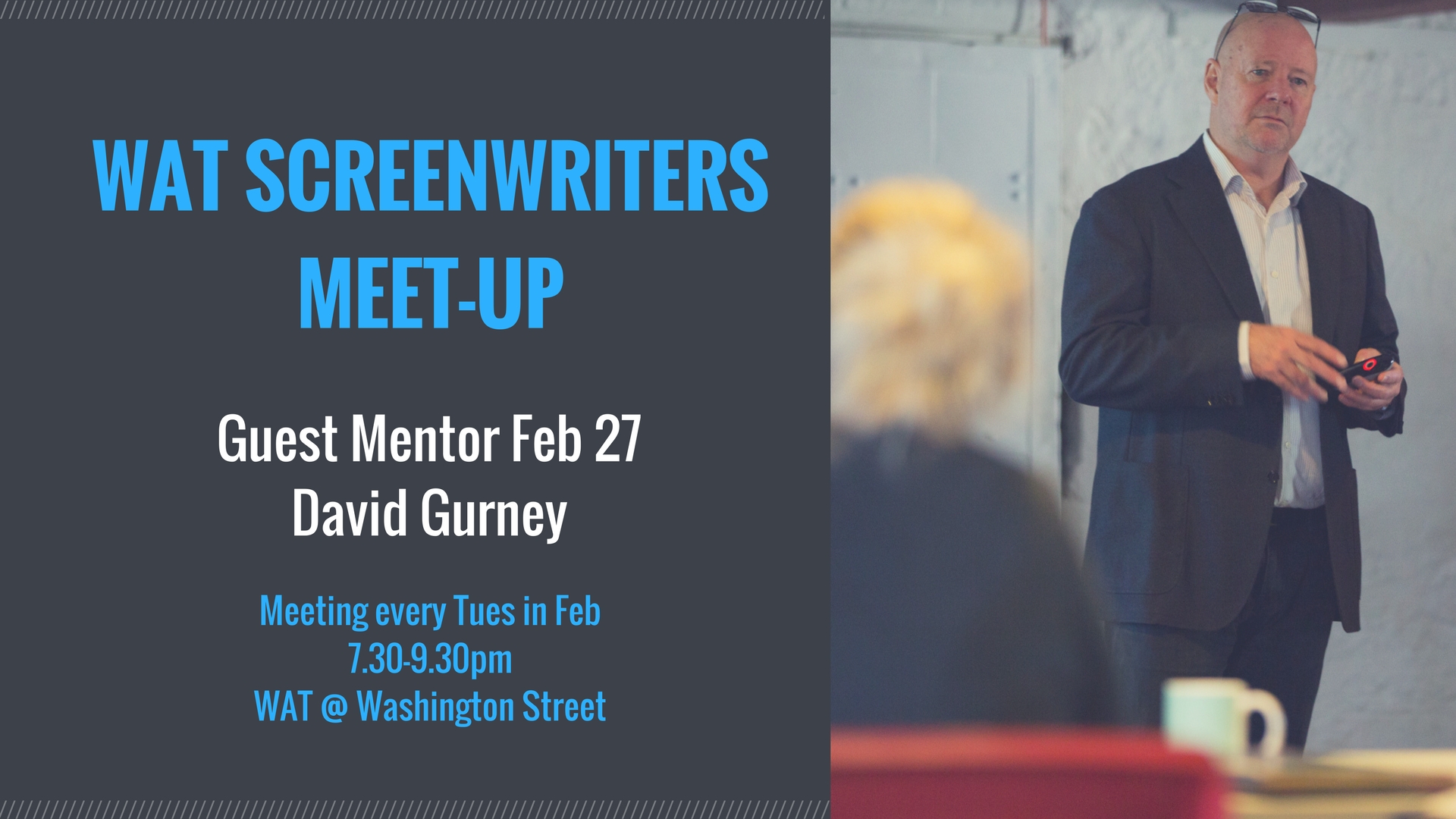 Every Tuesday evening in February, WAT members are invited to come together and

Focus:  The development of characters and their relationships, and how that drives the story.

David Gurney is the co-founder of Blue Rocket Productions. He has created, executive produced and directed many television series, a feature length telemovie, numerous short films, and has written many television series episodes for the company. David has also created and developed several television series for other production companies, worked as a writer, and as creative director of numerous award winning interactive productions. He was a board member of The Australian Script Centre for six years and holds a Masters in Screen Arts and Business from The Australian Film Television and Radio School.