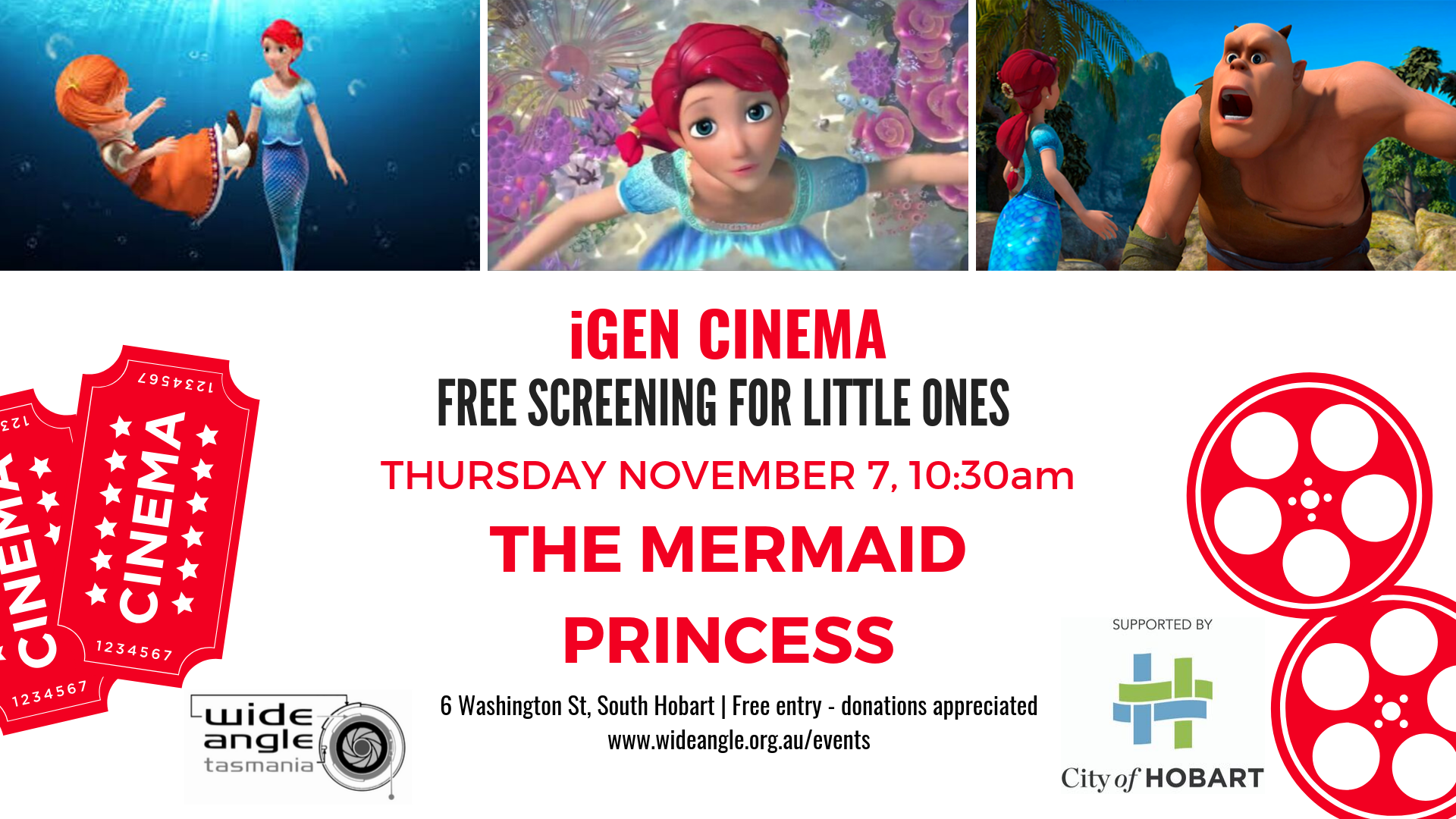 Inspired by Hans Christian Andersen’s much-loved fairy tale, The Mermaid Princess tells the story of a kind-hearted mermaid who saves a ship captain’s daughter from the stormy ocean. Despite the lure of a new friend, the mermaid has broken the Sea God’s warning, intervening in the affairs of mortal humans.

When the ship captain calls for her help again, she must choose between following the ocean’s strict rules and answering the call to rescue her new friends from a band of pirates amidst the perils of a dangerous island giant. Only her heart can guide her as she takes to the high seas in the name of friendship and spirited adventure.

iGEN Cinema is a specially curated programme of films for pre-schoolers and their carers designed to introduce little ones to the big screen in a kid-friendly space.  The lights will be dim and little ones can sit where they like, move around or play with a toy while the films plays. With support from the City of Hobart, Wide Angle Tasmania presents each screening for free.  Please BYO cushion, toys and snacks.  Some refreshments will be available at the venue.