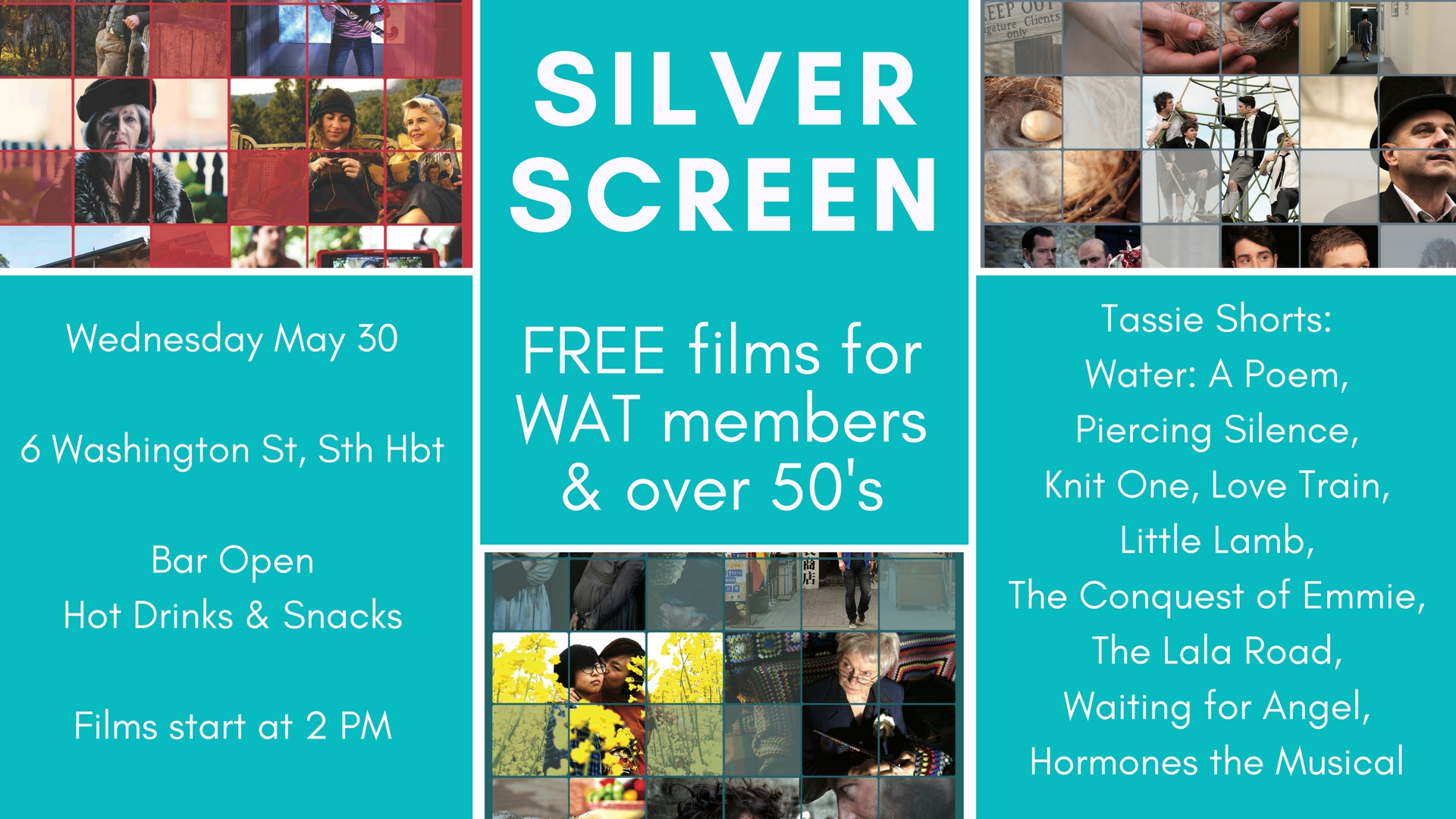 Silver Screen is a curated program of iconic and important Australian films screening every month in the comfortable theatre at 6 Washington Street in South Hobart.

With support from the City of Hobart, Wide Angle Tasmania presents these films for free to those aged 50 and over.

Hormones the Musical
When it’s that time of the month and Mum is possessed by monstrous hormones, Dad must deploy every strategic maneuver to save his family from destruction.
WRITER/DIRECTOR: Meg Bignell
PRODUCER: Dominique Hurley
DURATION: 6.57 mnutes
YEAR: 2013

Waiting for Angel
A teenage girl is pushed to the brink and must ask herself whether she is still safe living at home.
DIRECTOR & WRITER: Elli Iliades
PRODUCER: Andrew Del Vecchio
DURATION: 6 mins 38 secs
YEAR: 2015

The Lala Road
Young Chinese lesbians make their way along a difficult path, rejecting traditional ideas about marriage and family to be with the women they love.
DIRECTOR, WRITER, PRODUCER: Letitia Lamb
DURATION: 10 mins
YEAR: 2012

The Conquest of Emmie
Pregnant and determined, Emmie puts the return of an ex-lover to good use.
ADAPTED FOR SCREEN: Pauline Marsh, Danielle Wood & Rachael Treasure based on a story by Joan Wise
DIRECTED: Pauline Marsh
PRODUCER: Paul Moran
DURATION:11 min, 34 seconds
YEAR: 2016