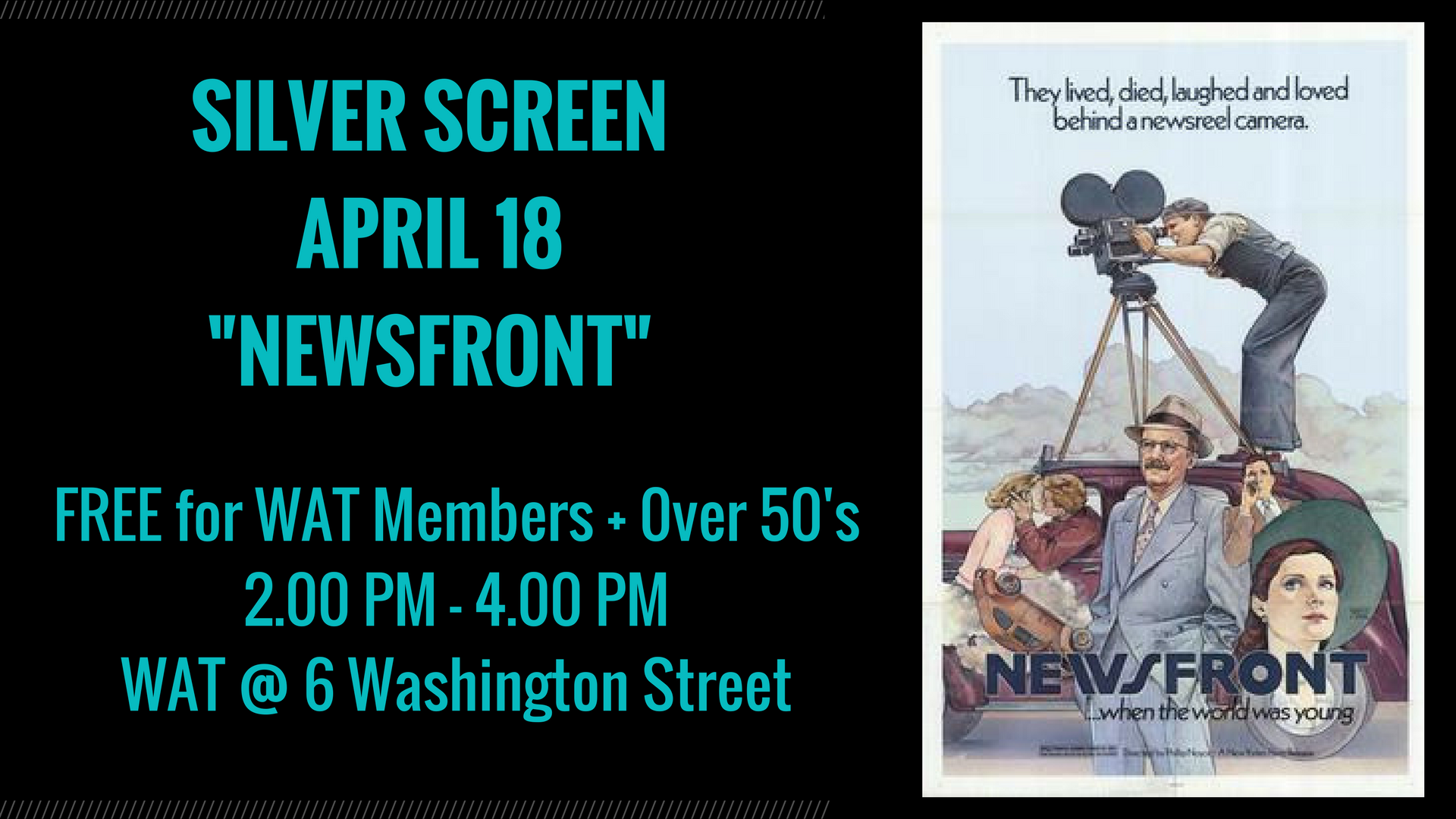 Join us for Silver Screen; a program of Australian films screened monthly for FREE at Wide Angle Tasmania.  Come along for FREE if you are a WAT member or if you are over 50. Tell your friends or come along and bring a friend...your Mum... or your neighbour!  Refreshments available and comfy chairs.

Newsfront will be screening April 18!

Newsfront starring Bill Hunter, Gerard Kennedy and Wendy Hughes is about newsreel cameramen and production staff who will do anything to get footage. Set between the years 1948 and 1956, when television was introduced to Australia, the film tracks the destinies of two brothers, their adventures and misadventures placed in the context of sweeping social and political changes in their native Australia as well as natural disasters. Len Maguire is constitutionally resistant to change, while his younger brother Frank Maguire welcomes any alterations in his own life and in the world around him.