Join us for a screening of three short factual films recently commissioned by UK based Little Dot Studios.  Alex will speak about the reasons his company commissioned these films and discuss the opportunities available for online distribution in the short form documentary space. This is great chance to see some amazing works and connect with Alex during the post-screening Q&A.

The films showcased include:  Little Joe (majority funded by Screen Australia, co-funded and distributed by Little Dot Studios); the 2019 BAFTA award-winning Missed Call and In Your Face - the most successful Real Stories commission, generating over 120m views globally.

Who will find this session valuable? 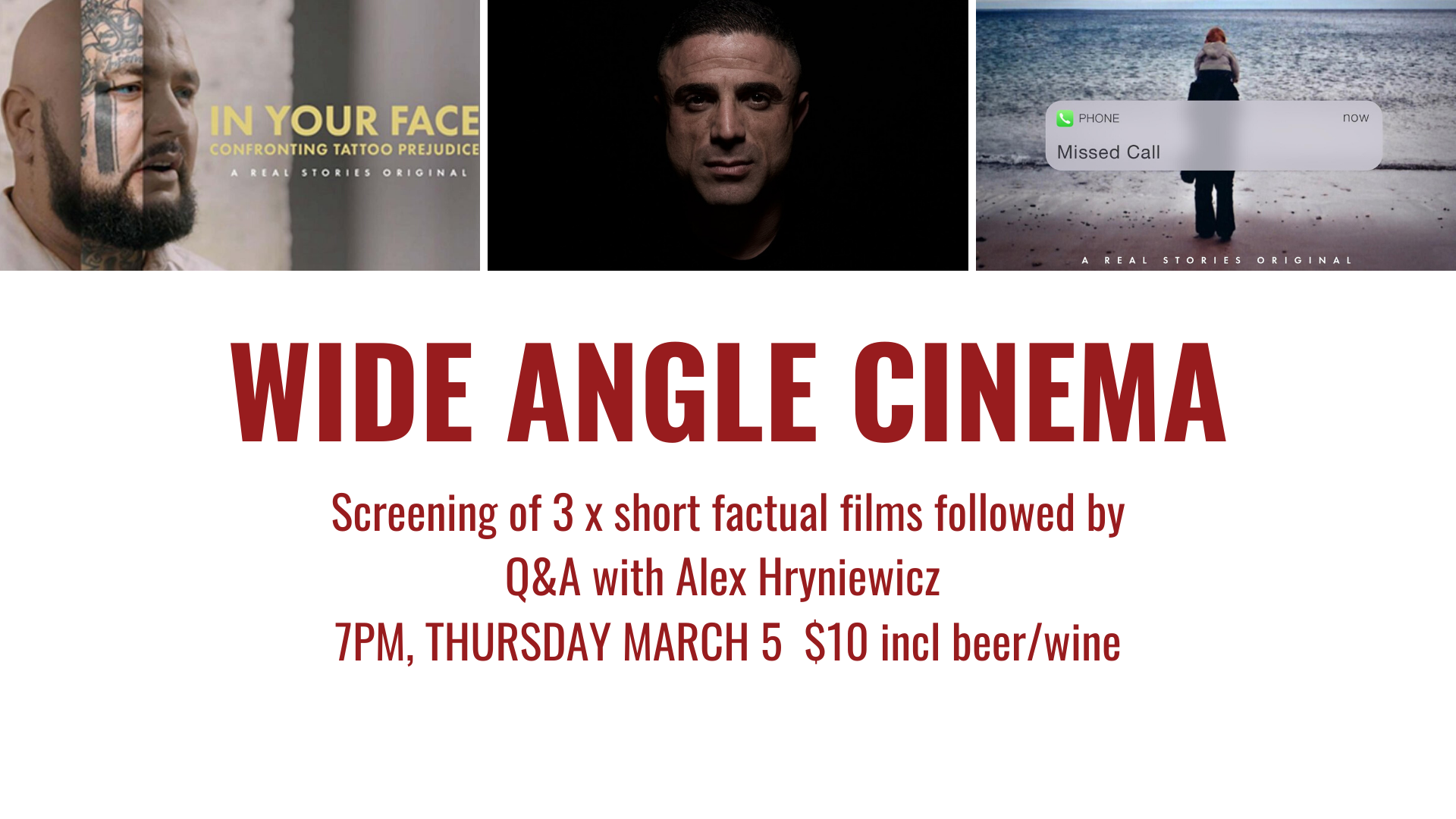 About the Presenter - Alex Hryniewicz

Alex is Head of Owned Channels at Little Dot Studios, a next generation broadcaster and producer.

Little Dot Studios are the biggest distributor of premium factual content on YouTube. Every month they generate 6 billion views to their factual brands. Their Real Stories documentary channel has over 3 million global subscribers, regularly attracting daily audiences of millions to a mixture of acquired, commissioned and produced documentary content. They have equivalent sized channels in genres such as history, science and nature & wildlife, reaching 5 million viewers on YouTube every day. Beyond YouTube, Little Dot's channels broadcast on Facebook Watch, IGTV, Snap Discover and are syndicated to Broadcaster VoD services such as STV & My5.

Alex was Executive Editor for the Real Stories documentary channel from mid-2016 until late 2018, before stepping up to lead Little Dot Studios’ Owned Channels division in December 2018, overseeing a team of 15 staff working across more than 20 channel brands. Alex oversees the strategic development of the channels as they expand onto new platforms, syndicate content to 3rd party VoD services and expand their commissioning, production and brand partnership opportunities.

Prior to that he was Head of Multiplatform at Maverick Television, working across numerous award-winning cross-platform projects for major UK broadcasters and commercial clients. He developed and produced the BAFTA-award winning Embarrassing Bodies Online in 2008, won a second BAFTA for Embarrassing Bodies Live in 2010 and then developed the My HealthCheckersuite of tests and Apps that won BAFTA & International Emmy awards in 2012 as part of the innovative Skype-based health show, Embarrassing Bodies: Live From The Clinic. He co-developed the cross-platform comedy panel show ‘Was It Something I Said?’ for Channel 4, and produced the Emmy award-winning and BAFTA nominated Reverse The Odds, a mobile game in partnership between Channel 4, Stand Up To Cancer and Cancer Research UK which enabled ordinary members of the public to take on the role of citizen scientists and help carry our real scientific research to bring a cure for cancer closer.

Alex was part of the MediaGuardian FastTrack in 2007, was named a Broadcast Hotshot in 2008 and Broadcast International Rising Star in 2015. In addition to his BAFTA and Emmy wins, his projects have received awards and citations from the Royal Television Society, BANFF Rockies, Broadcast Digital Awards, British Interactive Media Association and Cannes Lions.