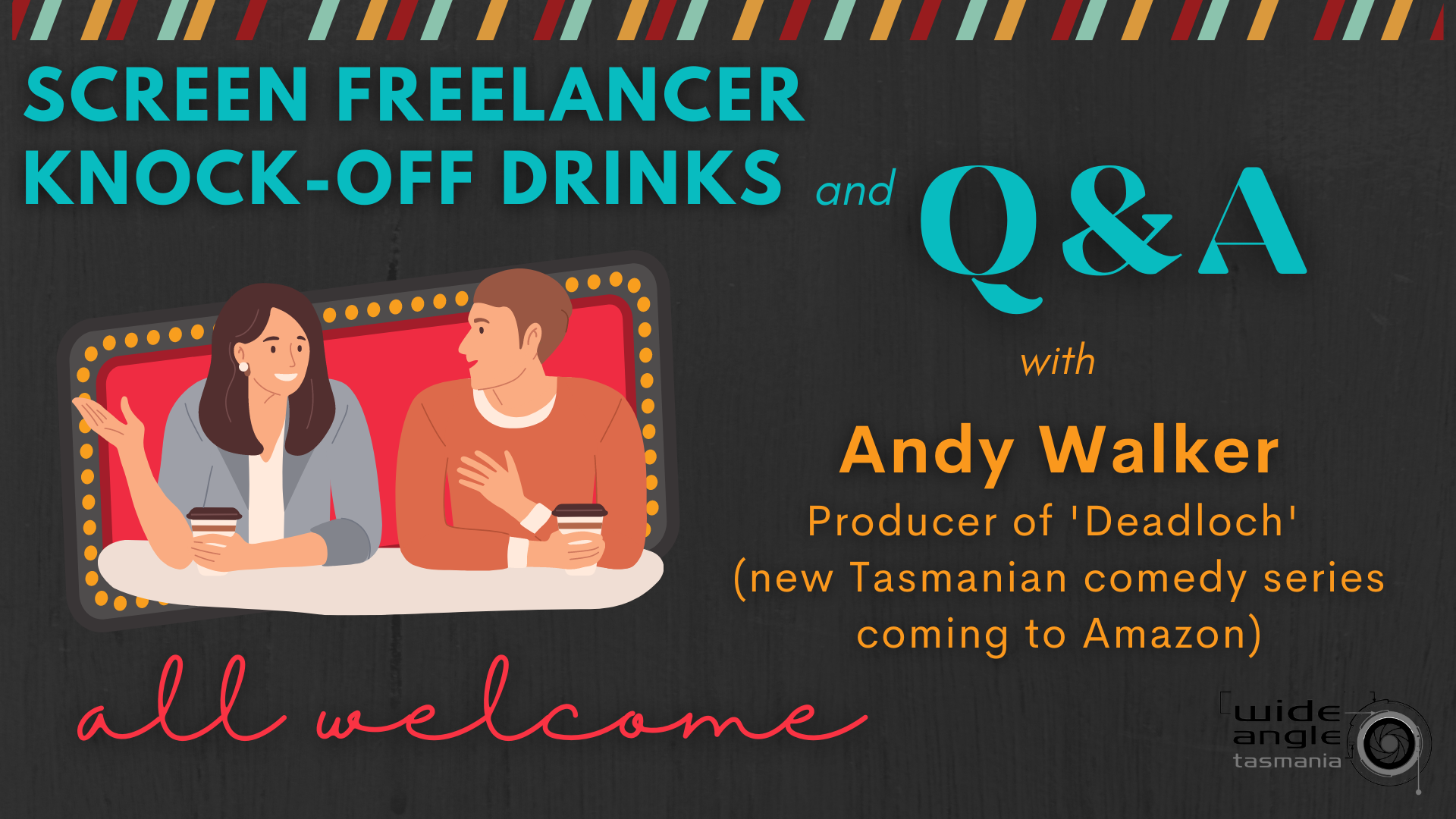 Andy Walker has been a Producer in the film and television industry for many years creating drama and narrative comedy for Australian and international audiences.

At this casual event we'll hear from Andy about his career and experience as a major producer in the Australian screen sector. This is certain to be an insightful and engaging conversation especially for those who work in the screen industry or aspire to.

Andy has brought to Tassie various television series' over the years, and he has engaged local crew and talent in each one. These include Rosehaven (5 seasons!), The Kettering Incident, and currently in post-production - Deadloch (not to mention a further extensive list of productions he's made ‘on the mainland’).

Andy Walker has produced over 125 hours of drama and narrative comedy for Australian and international audiences – most recently SPREADSHEET (Northern Pictures/Paramount+) , Season 2 of FIVE BEDROOMS (Hoodlum/Paramount+) and all five seasons of Celia Pacquola & Luke McGregor’s hit comedy series ROSEHAVEN (Guesswork Television/ABC-TV).  Walker was also the Casting Director for ROSEHAVEN.  His drama and comedy credits include TRUE STORY WITH HAMISH & ANDY (Radio Karate/Nine Network), Season 1 of WANTED (Matchbox Pictures/Seven Network) and Anne Edmonds’ THE EDGE OF THE BUSH (Guesswork Television/ABC-TV).  Walker co-produced Seasons 1 and 2 of THE FAMILY LAW (Matchbox Pictures/SBS) and was one of the producers of the multi-award winning THE KETTERING INCIDENT (Porchlight Films/FOXTEL/BBC Worldwide).  Other credits as Producer include drama series WONDERLAND and MR & MRS MURDER (both for FremantleMedia/Network TEN) and SATISFACTION (LoneHand/FOXTEL).  Narrative comedy credits include A MOODY CHRISTMAS (Jungle/ABC-TV), LAID Season 2 (Porchlight Films/ABC-TV) and WOODLEY (Guesswork Television/ABC-TV).  He is currently producing 8 x 1 hour comedy-mystery series DEADLOCH (Guesswork Television/Amazon Prime) in Tasmania.  He loves Tasmania.