This course is an introduction to the roles and responsibilities of the Production Manager in short film production. It covers the basic skills required in pre-production and the day-to-day management of a production.

This course will be useful for Producers and Production Managers and anyone wishing to make their own short film in Tasmania.

TUTOR BIO - EMMA WILSON
Emma Wilson has worked in the production department on over twenty productions from commercials and short films, web series, TV series and feature films, including ABC iView series ‘Noirhouse’, ABC telemovie ‘The Outlaw Michael Howe’, Foxtel’s ‘The Kettering Incident’ and Jennifer Kent’s latest feature ‘The Nightingale’. She has produced three short films, various commercials and is in development on her first television series through her production company Ten Past Three Productions. 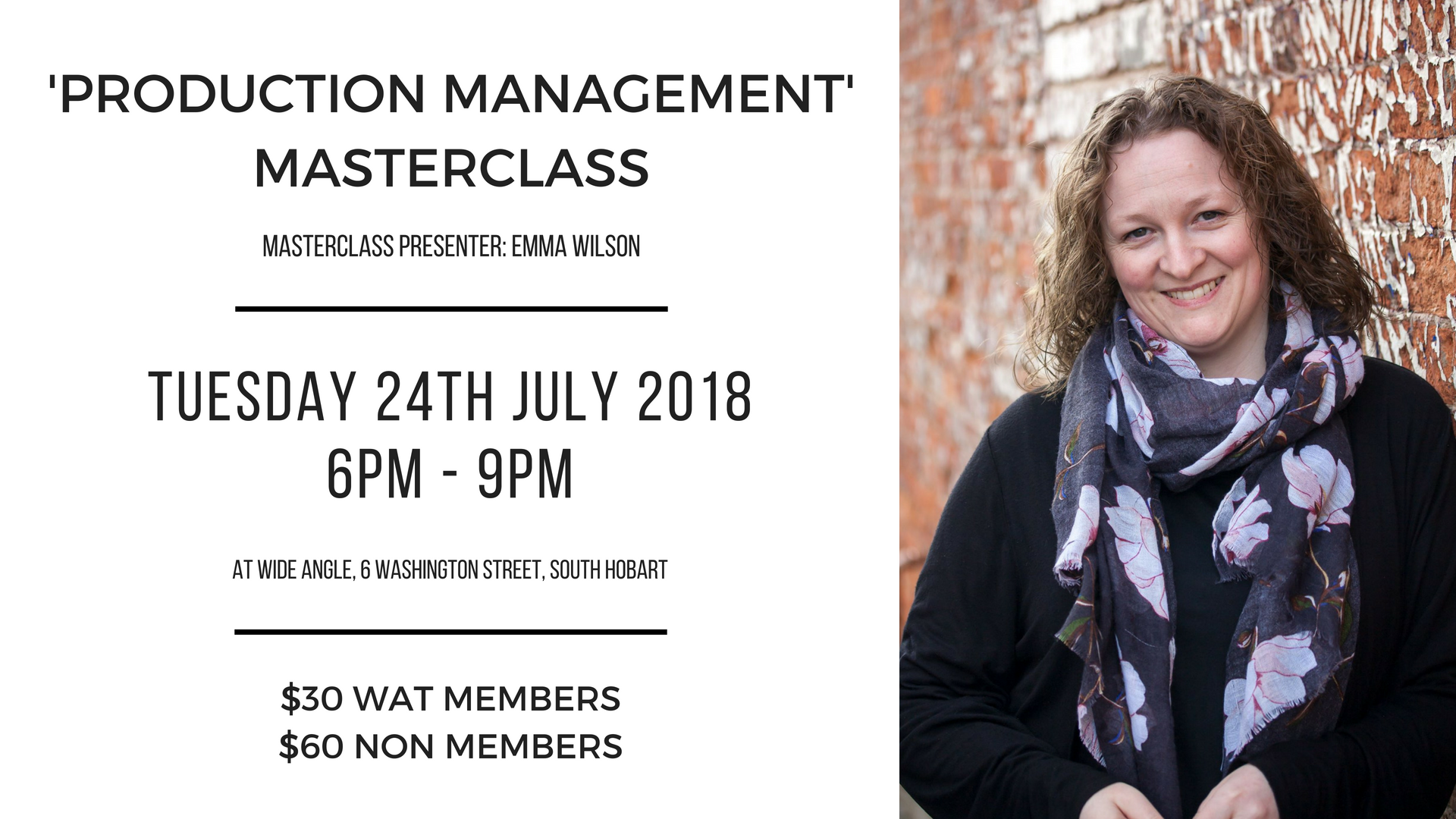