Amelia has a fresh haircut, a new pair of pants and feelings for a sentient photocopier. What could possibly go wrong? 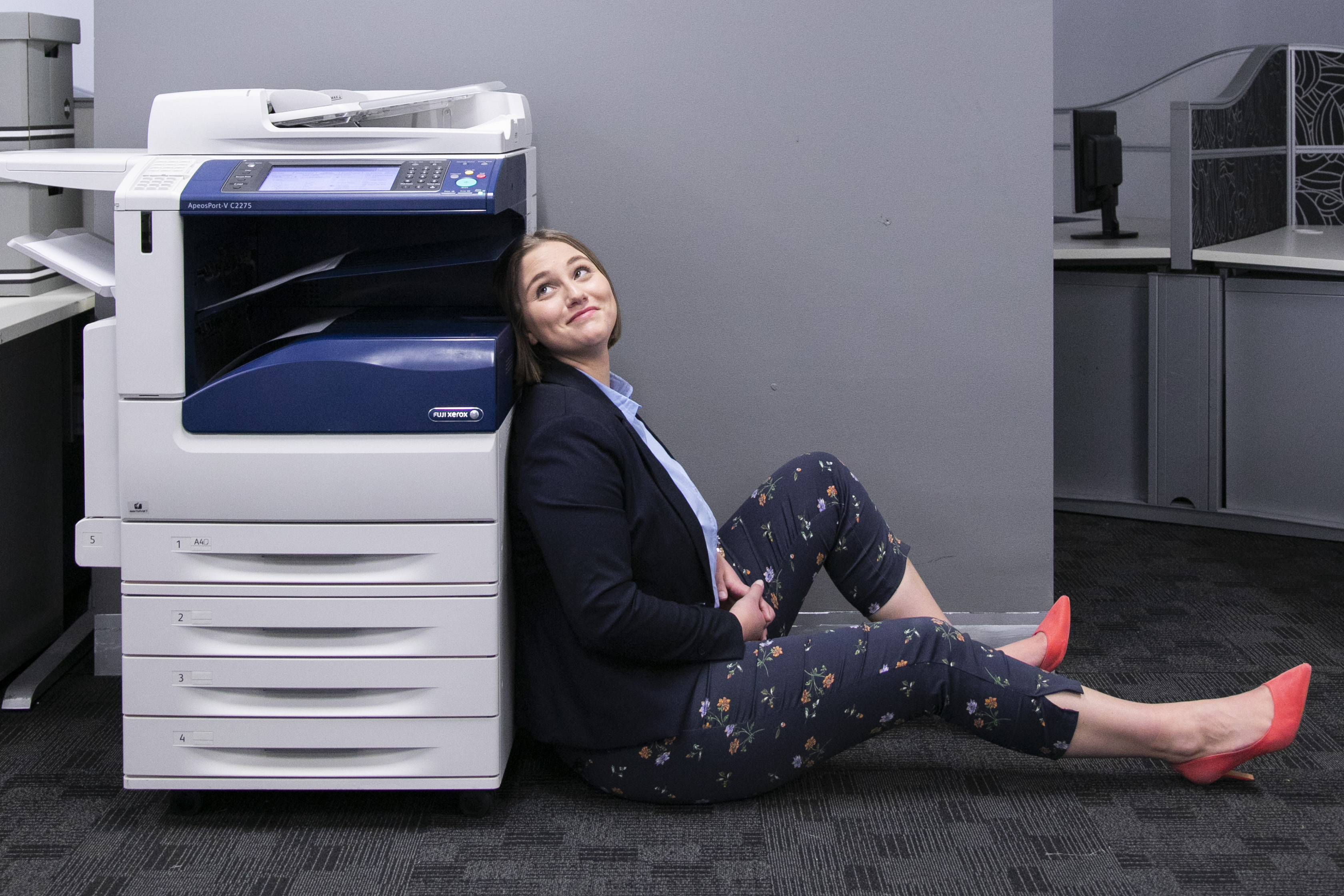 Amelia has a fresh haircut, a new pair of pants and feelings for a sentient photocopier. Fortunately, Amelia’s only friend in the office, Nora, the 75-year-old lunch lady, has a pearl of wisdom for any peculiar scenario. As Amelia’s feelings for the photocopier grow stronger, she starts to notice strange looks from her co-workers and begins to doubt her sanity. In a courageous attempt to understand what is going on Amelia kisses the photocopier, revealing that Todd, the I.T. guy, has been stuck in the machine the whole time. With the magic of her romance now shattered, Amelia will have to decide whether the connection she felt is still there.