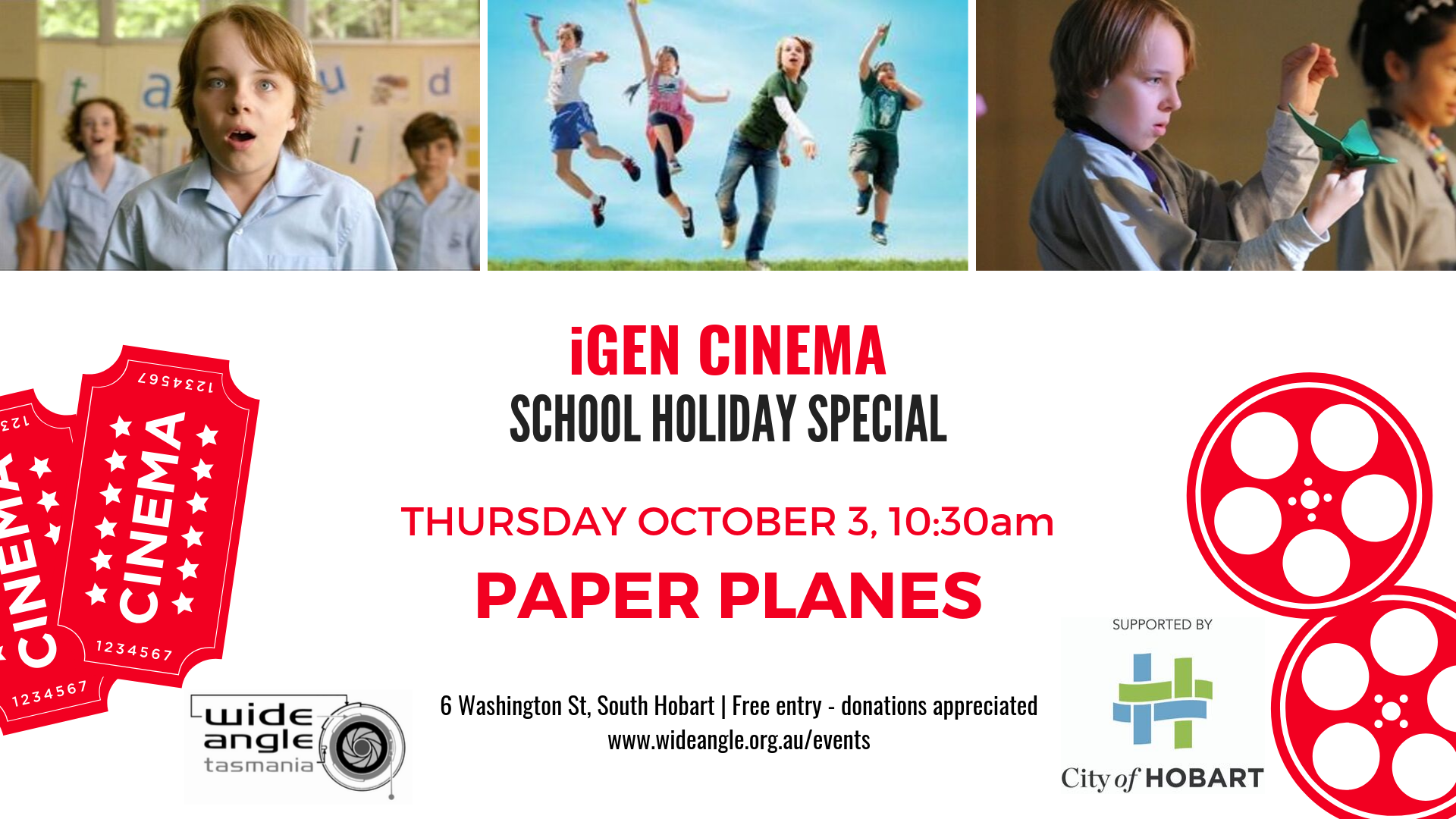 An imaginative children's film about a young Australian boy's passion for flight and his challenge to compete in the World Paper Plane Championships in Japan.

After an unexpected introduction to the world of competitive paper-plane throwing, timid twelve-year-old Dylan Weber finally makes it to the Aussie Junior Championships in Sydney. With a resigned father living in the past, Dylan will have to use his resourcefulness to come up with a winning paper-plane model for the World Junior Paper Plane Championship in Tokyo, to compete against skilful and very ambitious contestants. Dylan's great adventure shows him what’s worth fighting for in life.

iGEN Cinema is a specially curated programme of films for pre-schoolers and their carers designed to introduce little ones to the big screen in a kid-friendly space.  The lights will be dim and little ones can sit where they like, move around or play with a toy while the films plays. With support from the City of Hobart, Wide Angle Tasmania presents each screening for free.  Please BYO cushion, toys and snacks.  Some refreshments will be available at the venue.