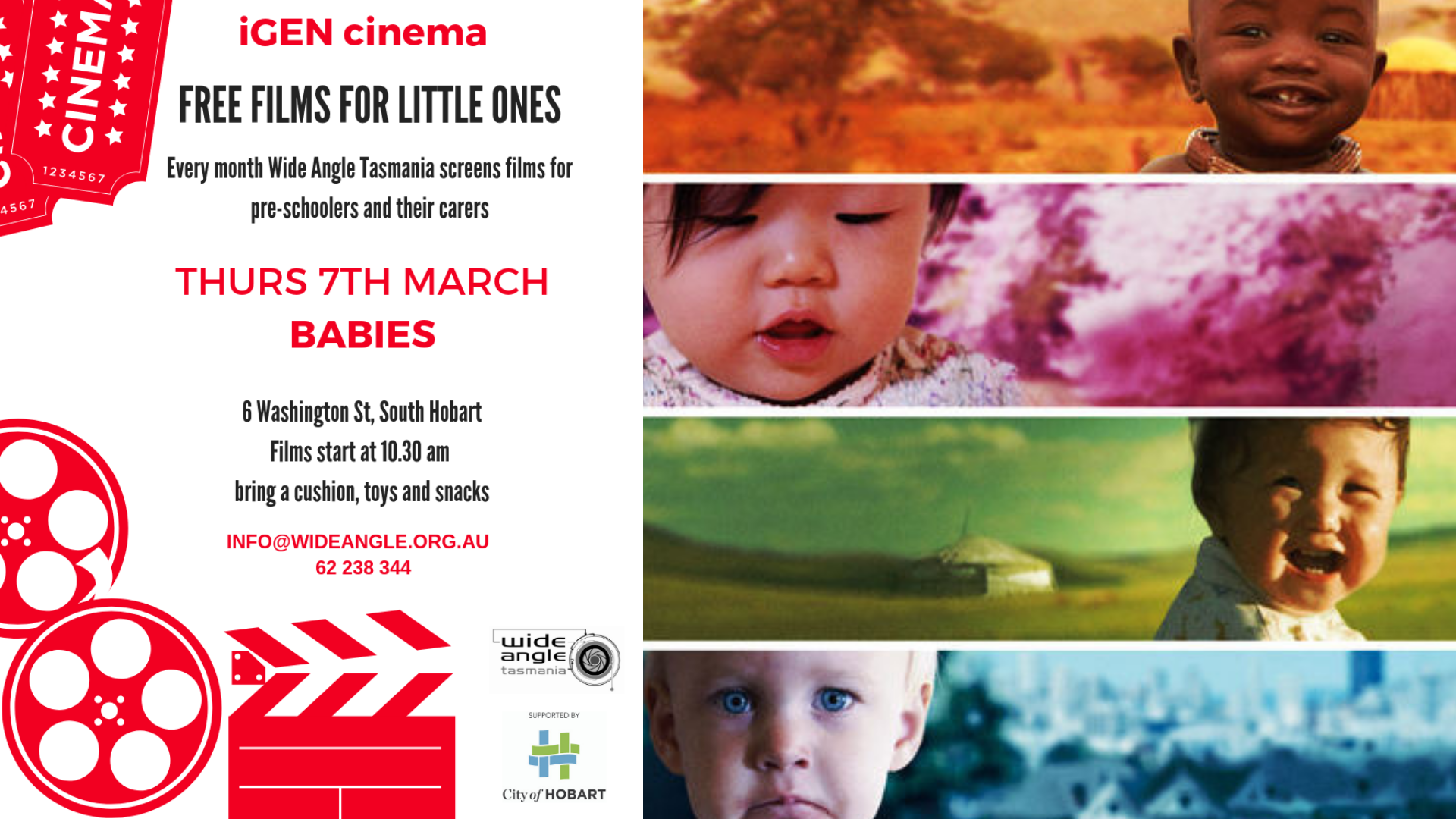 A look at one year in the life of four babies from around the world, from Mongolia to Namibia to San Francisco to Tokyo.

iGEN Cinema is a specially curated programme of films for pre-schoolers and their carers. With support from City of Hobart, Wide Angle Tasmania presents each screening for free to introduce little ones to the big screen in a kid-friendly space.

Re-defining the nonfiction art form, Babies joyfully captures on film the earliest stages of the journey of humanity that are at once unique and universal to us all.