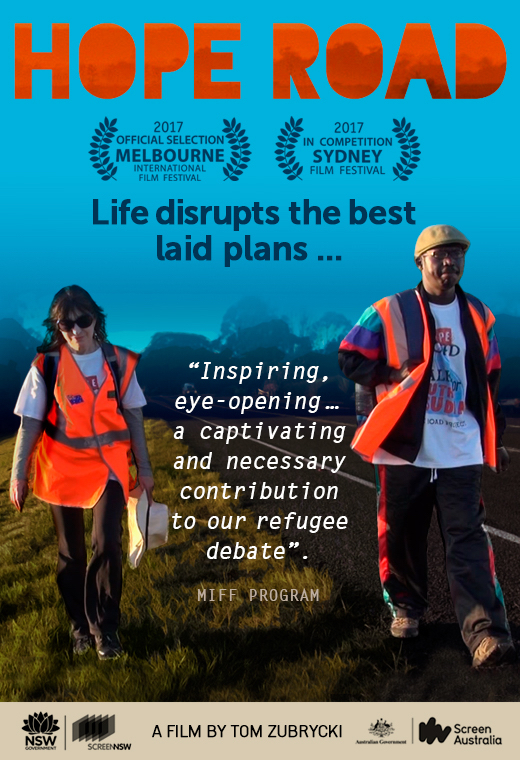 Australia's foremost documentary portraitist, Tom Zubrycki, follows refugee Zacharia Machiek from Sydney to Sudan as he dedicates his life to building a school in the village he left behind.  Zacharia Machiek was one of Sudan's 'lost boys', the generation of child soldiers forced to fight in one of the 20th century's most savage civil wars. Award-winning documentary maker Tom Zubrycki was there for every step of Machiek's journey and the result is the inspiring, eye-opening Hope Road.

Director Tom Zubrycki will be at the session to introduce the film and take part in a post-screening Q&A.