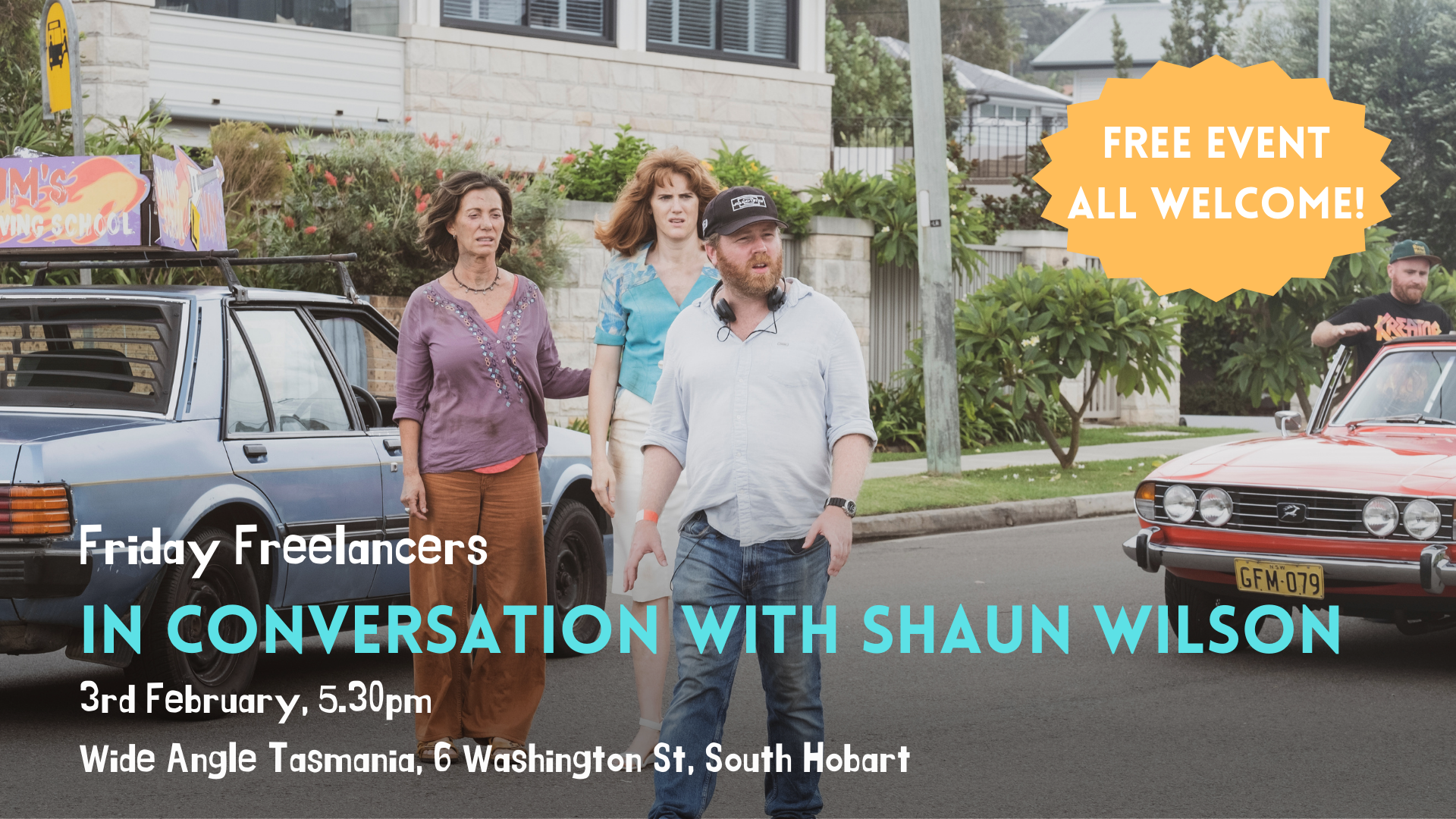 Longtime friend and former board member of Wide Angle Tasmania, Shaun has directed episodes of the locally produced Rosehaven (ABC), and has recently been directing television internationally, including the upcoming series Romantic Getaway for Sky UK, as well as Frayed (Sky UK, ABC). His contributions to the Tasmanian film community are innumerable, and we're very excited to pick his brain as we kick off into 2023!

Join us on the 3rd of Feb for a knock-off drink as we sit down with Shaun for an informal chat about all things directing and TV! Bring your friends, bring your questions, and we look forward to seeing you there!

Some more about Shaun:

Hobart based Shaun Wilson works internationally directing projects like Frayed for Sky One/HBO max/ABC, Rosehaven for ABC/Sundance TV/Amazon, The Young Offenders for BBC, and The Ex-PM for ABC. He is a partner in production company Sky Machine, through which he co-created the award winning web series Noirhouse.

As a commercial director he’s won awards for campaigns like The Wanderer and The Unconformity, as well as directing a Gruen pitch-winning commercial for agency Red Jelly. He previously ran commercial video production company Pananda, was a partner in design company Bluehat, and served on the board of Wide Angle Tasmania for several years.