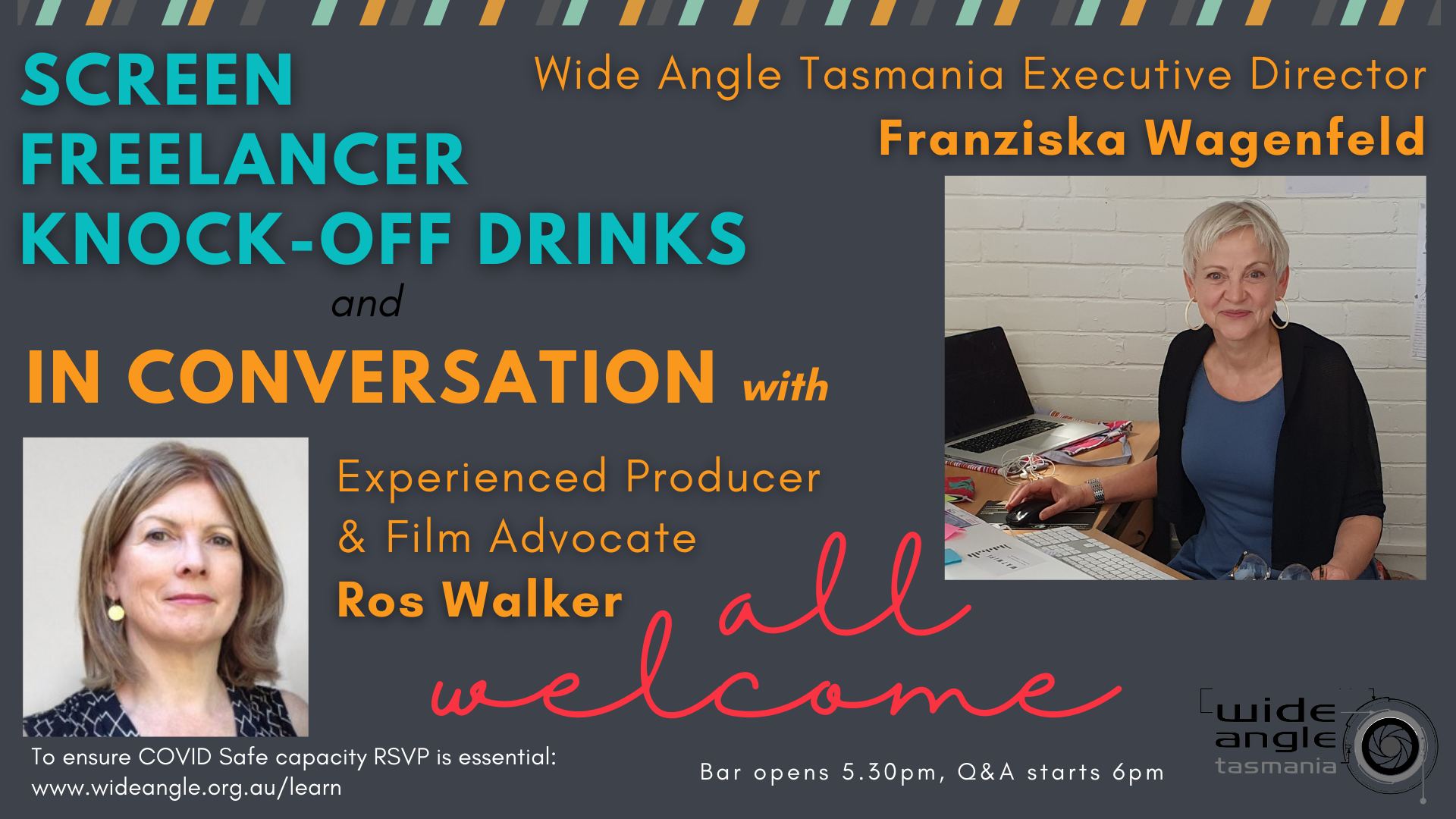 In March the increasingly popular monthly Friday Freelancer event will include an ‘In Conversation’ between Wide Angle Tas' new Executive Director - Franziska Wagenfeld, and local award winning Producer and film advocate Ros Walker.  An insightful evening is ensured where you’ll hear what Wide Angle Tas has in the pipeline for 2022, and inspiring tales from Ros drawing on her extensive years of experience in the screen industry.

All welcome!  Non-alcoholic drinks and wine/beer/cider will be available.

Franziska is Wide Angle's Executive Director.  Her background is as an independent film-producer, screen executive, and educator. She held the position of Development and Investment Executive at Screenwest and was an investment manager at Film Victoria.  As an independent producer, her credits include cinema films, documentaries, short films and television dramas. She produced the independent feature film Playing for Charlie, and co-produced the Australian feature film Irresistible, starring Susan Sarandon, Sam Neill and Emily Blunt.

As an educator, Franziska was the manager of the Victorian branch of Australia’s national film school, AFTRS, and executive producer at Melbourne’s screen resource organization Open Channel Productions. She’s presented masterclasses and lectured in film production at major Australian universities including Swinburne University, RMIT University and Victorian College of the Arts School of Film and Television. Originally from West Berlin, Franziska studied filmmaking in San Francisco and studied sociology and politics in Berlin and at Swinburne University.

Ros Walker is an experienced producer, film advocate and teacher. Ros’ current slate includes three feature documentaries; Into the Deep, a Netflix film about the Danish submarine murderer, which premiered at Sundance 2020 and Everybody’s Oma and Splice Here: A Projected Odyssey, both in post-production. Ros is currently developing a website/film project about centenarians and the documentary series The Shaman and the Stones.

All welcome! (..but please RSVP)