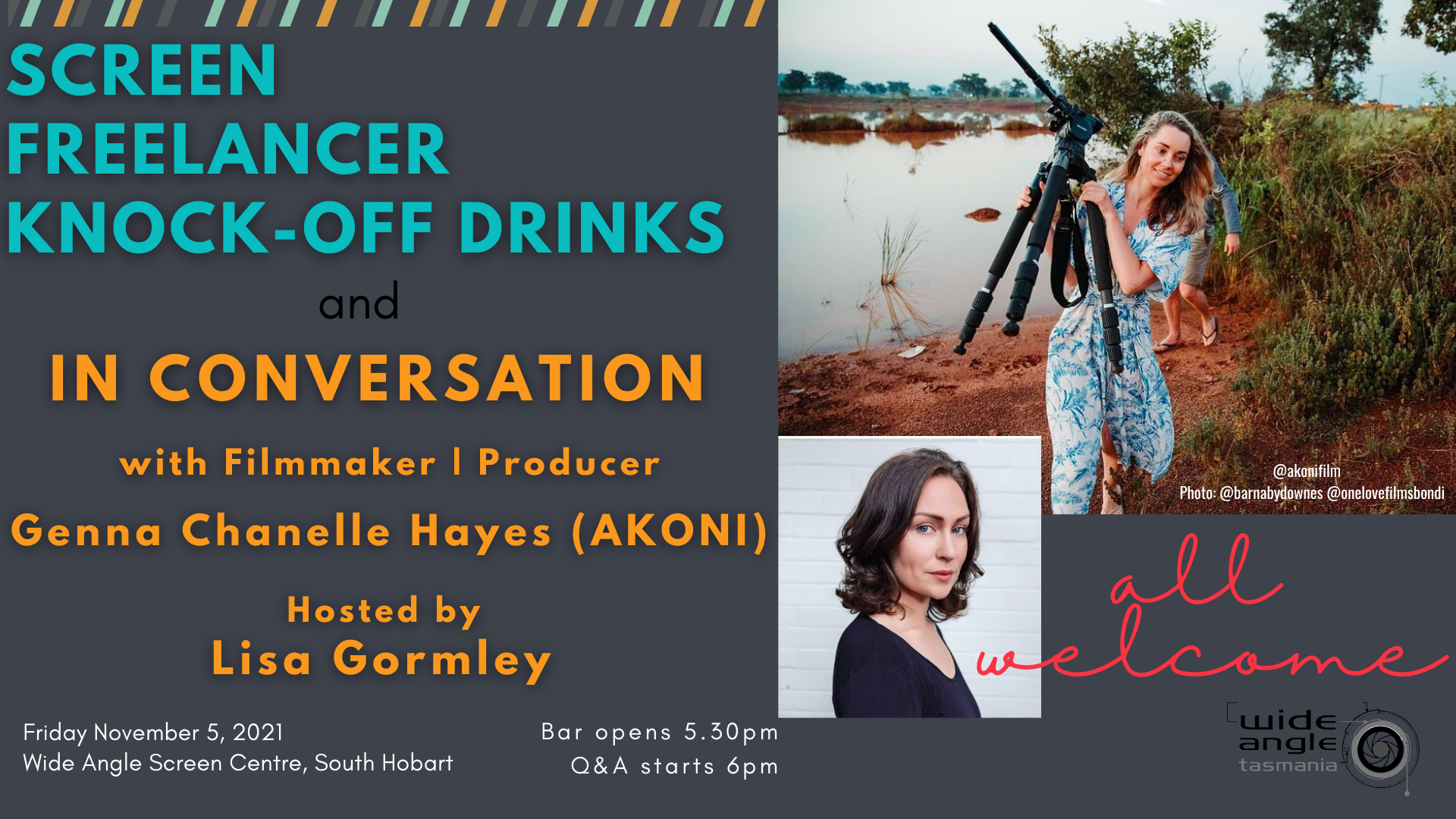 GENNA CHANELLE HAYES will take the hot seat this time around as our fabulous filmmaker IN CONVERSATION, Genna is currently completing 'Advanced Screenings with the Filmmaker' tour with AKONI - her feature film directorial debut which she also wrote and stars in, and independently-financed and single-handedly produced across Australia, Ghana, Nigeria and the United Kingdom. Come along to hear how Genna achieved and succeeded at this audacious feat!

This instalment of ‘In Conversation’ will be hosted by Lisa Gormley, local superstar actor and active supporter of the local screen industry.

At 6.30pm a 15 minute behind the scenes short film will run to bring us up to speed on Genna's project, followed by the Q&A hosted by Lisa.

Genna is known for using film to advocate for humans rights in an effort to inform and catalyse positive change. Her films have screened internationally at schools and festivals, including the 68th and 69th Cannes Film Festival. Akoni is her feature film directorial debut, of which she also single-handedly produced across Australia, Ghana, Nigeria and the United Kingdom.

Lisa has been working professionally in the performing arts industry in both stage and screen for the past 15 years. She is a passionate advocate for the Performing arts industry in Tasmania, and established Acting True. Lisa started by teaching her own workshops and also bringing professional arts trainers to Tasmania in person and online to train local actors, now Acting True is including corporate training and producing theatre in the Huon Valley.