Screen Freelancer Knock-Off Drinks & 'In Conversation' with Caitlin Richardson - May 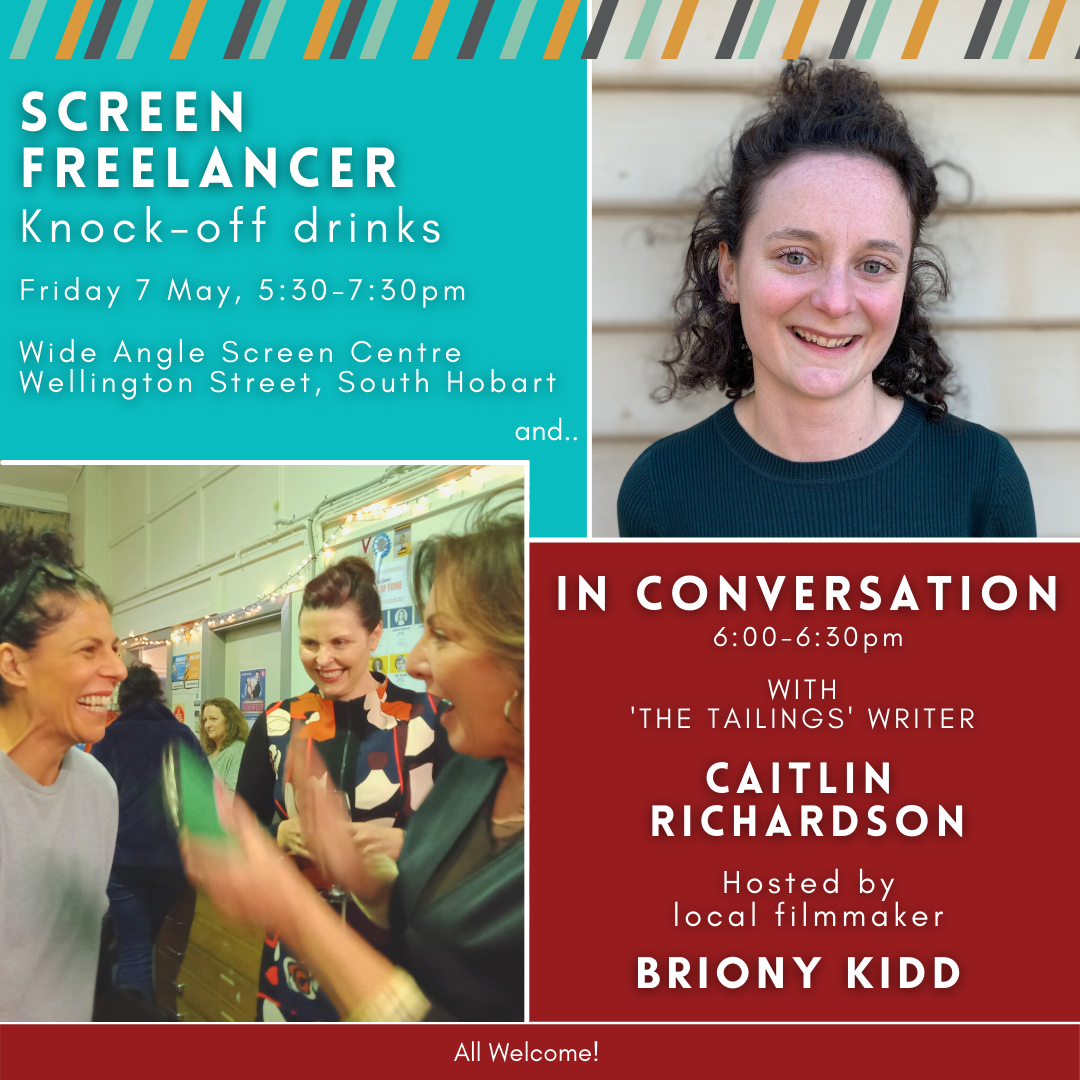 Let's gather for a knock-off drink with Tassie’s screen community at the Wide Angle Screen Centre. The bar will be open from 5.30pm til 7.30pm. Everyone welcome!

At 6pm Script Writer of THE TAILINGS Caitlin Richardson will discuss the process of pitching The Tailings, the development of the project, and her involvement in the final product. The Q and A will be hosted by local film maker Briony Kidd.

Caitlin is the writer of The Tailings for SBS. Her theatre work has been produced in nipaluna/Hobart, Launceston and Sydney, and adapted for ABC Radio National. She holds a Bachelor of Arts with first class Honours in Creative Writing from the University of Tasmania and in 2016 her series of plays was nominated for a Tasmanian Theatre Award for Best Writing. She also works as a high school teacher and is delighted that The Tailings is her first television drama credit.

Briony Kidd is writer, director and producer for film and theatre. Drawing on her particular interest in dark storytelling, she is also programmer and director of Stranger With My Face International Film Festival and a script editor and consultant specialising in genre. She’s also on the board of Women in Film and Television (WIFT) Australia and currently teaches screenwriting at the University of Tasmania.