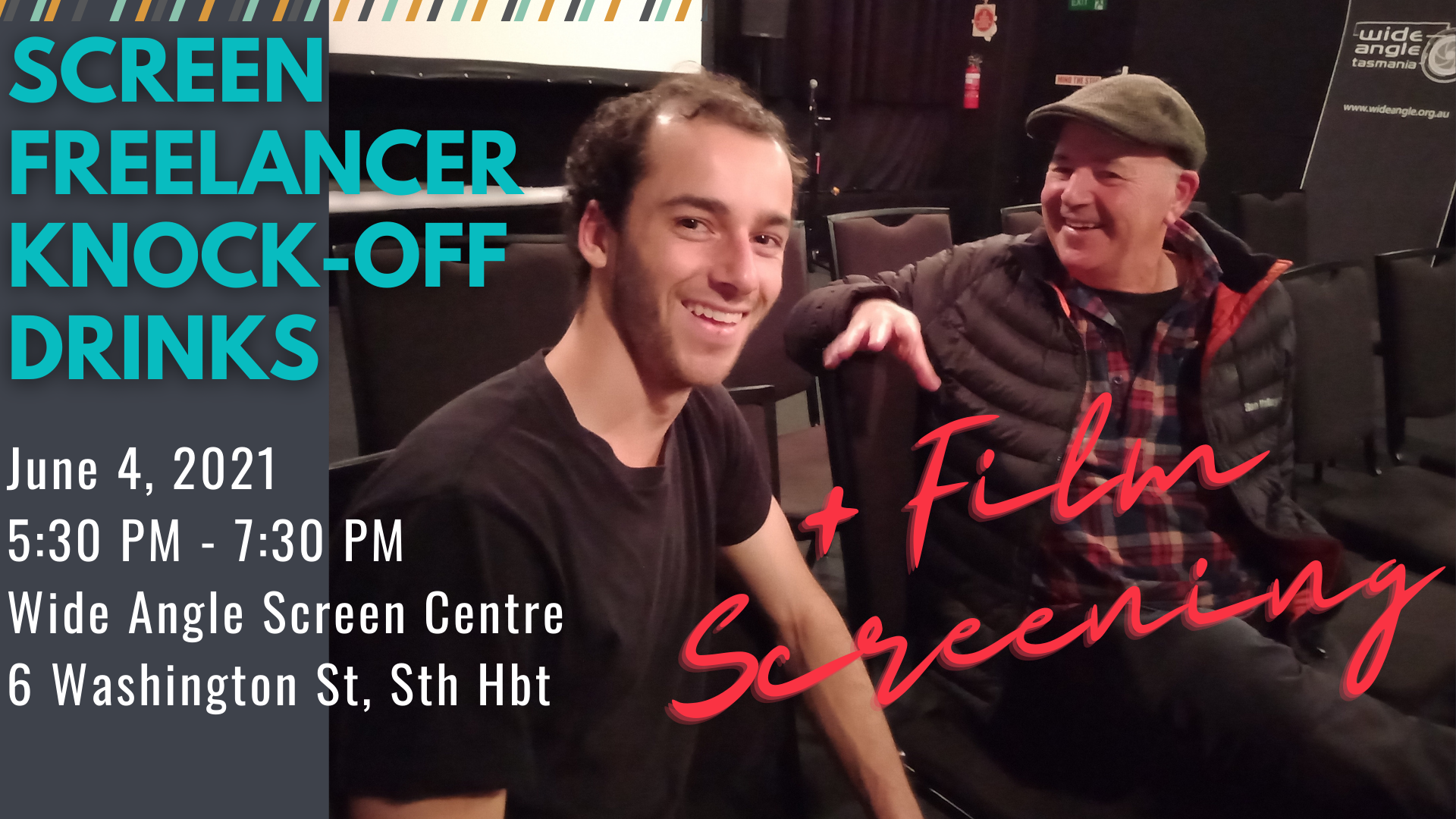 The June Friday Freelancer Knock-Off Drinks is another special edition you won’t want to miss, SHORT FILMS + MUSIC VIDEO + SHORT DOCO will be screened as made by some of our valued and talented community.

Previewing (in no order)…

‘Augsburg’ by Sissysocks
Directed by Ursula Woods, Performers - Dana Endelmanis and EWAH
Music video, duration 6 mins
“Augsburg” is about looking for things in the wrong places, and making the same mistakes again.

‘Aaron’
Writer and Director Ben Morton, Produced by Cathy Allen
Comedy, duration 8:37 mins
Shunned by his family, a lonely soul drives an Uber at night desperate to make a connection, but the passengers he encounters have issues of their own.

‘Soil’
Written by Saumya Das, Directed by Kapil Gadhvi, Produced by Aadhya Gadhvi
Drama, duration 2:20 mins
Poetic representation of the dynamics between drugs and crime in the city. How it impacts our society and how legends are born from it.

Join us at the Wide Angle Screen Centre. The bar will be open from 5.30pm til 7.30pm.  Films presented from 6pm or soon after.