In September 2021 Wide Angle Tasmania invited Tasmanians to team up and script, shoot, edit and submit a short film... all in 48 hours!

The WAT 48 Hours Challenge ran from 7pm Friday Sept 24 – 7pm Sunday September 26 2021 as a competition in which registered teams made a short film – including writing, shooting, editing and scoring – over a 48-hour period.
The competition was open to both amateur and professionals.

Audience Choice Award: The Fall by The Under 25s
Prize: Pelican case of goodies and gizmos, WAT membership, and trophy

Best Music: The Fall by The Under 25s
Prize: One-on-one meet up with Monique Brumby, WAT membership and trophy

Thanks to Monique Brumby, Shaun Wilson, Lisa Gormley, Acting True and Cracked and Spineless for our fabulous prizes and sponsorships.

Thanks to Arts Tasmania for providing Youth Arts funding to support this fantastic opportunity to engage our filmmaking community to create and share new work.

Plus more to come!

Congratulations to all teams who took up the 48 Hours Challenge and delivered some remarkable films in such a short amount of time! 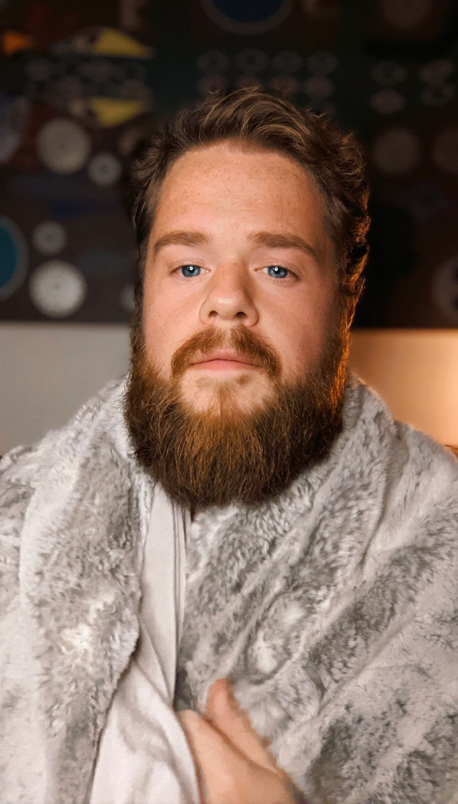 Rob: “I was lucky enough to be a part of three 48-hour Tasploitation film challenges, which included a creepy voodoo movie and a scary clown movie - wild fun times, my first time acting ever!”

Q: How would you recommend managing your time in the challenge?

Rob: “We had a producer who was making sure we stuck to the schedule. This was great help because 2 days goes fast when you are having fun making something with your friends. I was acting the years I entered, so my day finished after shooting, and the rest of the team who weren't acting packed down and looked over the footage, sometimes without sleeping or eating. Consider having someone in charge to remind you.”

“If something isn't working take a short break, play a game, watch a cat video, make a delicious cake, if you step away for 30 minutes you will come back feeling refreshed. This is beneficial to the final cut, as you go back to creating with fresh eyes and not feel like you are racing against the clock.”

Q: What would you like to see out of the films?

Rob: “I can't speak for the judges, but I would be looking for potential, that isn't always in the more pro looking film, you might have pulled off an unreal shot with a phone cam, an actor might have given a really stand out performance in a movie called Fart Phone (my next film) you might have written Fart Phone so well someone wants to turn it into a feature (I have written it, if anyone wants to talk please reach out).”

Q: What advice do you have for filmmakers entering this challenge?

Rob: “2 days is hard to pull this all off, you aren't probably going to be able everything exactly the way you wanted, and it's okay, you learn so much from doing these things, you get to hang out with friends and meet some other cool creative types, if you have always wanted to be involved in film making this is a great first step.”

“Do your best in the challenge, I expect excellent films! However, the important thing is to have fun and show love to each other. Go forward now, and make the greatest short films made in 48 hours, the power is in your hands.”

Check out some of the great work created by our Under 25 content creators!

The support through Youth Arts provided a number of young content creators to work on the project and support the event.  Congratulations to Finn Clarke, Angelica Willis, Sam Tooker, Kate Vosper, Jaxon Bone, Marcus Hortznagel, Max Crosswell and Chelsea Wilde for their work.  Thanks to those who acted as mentors, including Catherine Pettman, Jason James, Rose Schramm and Flick Wilkinson. 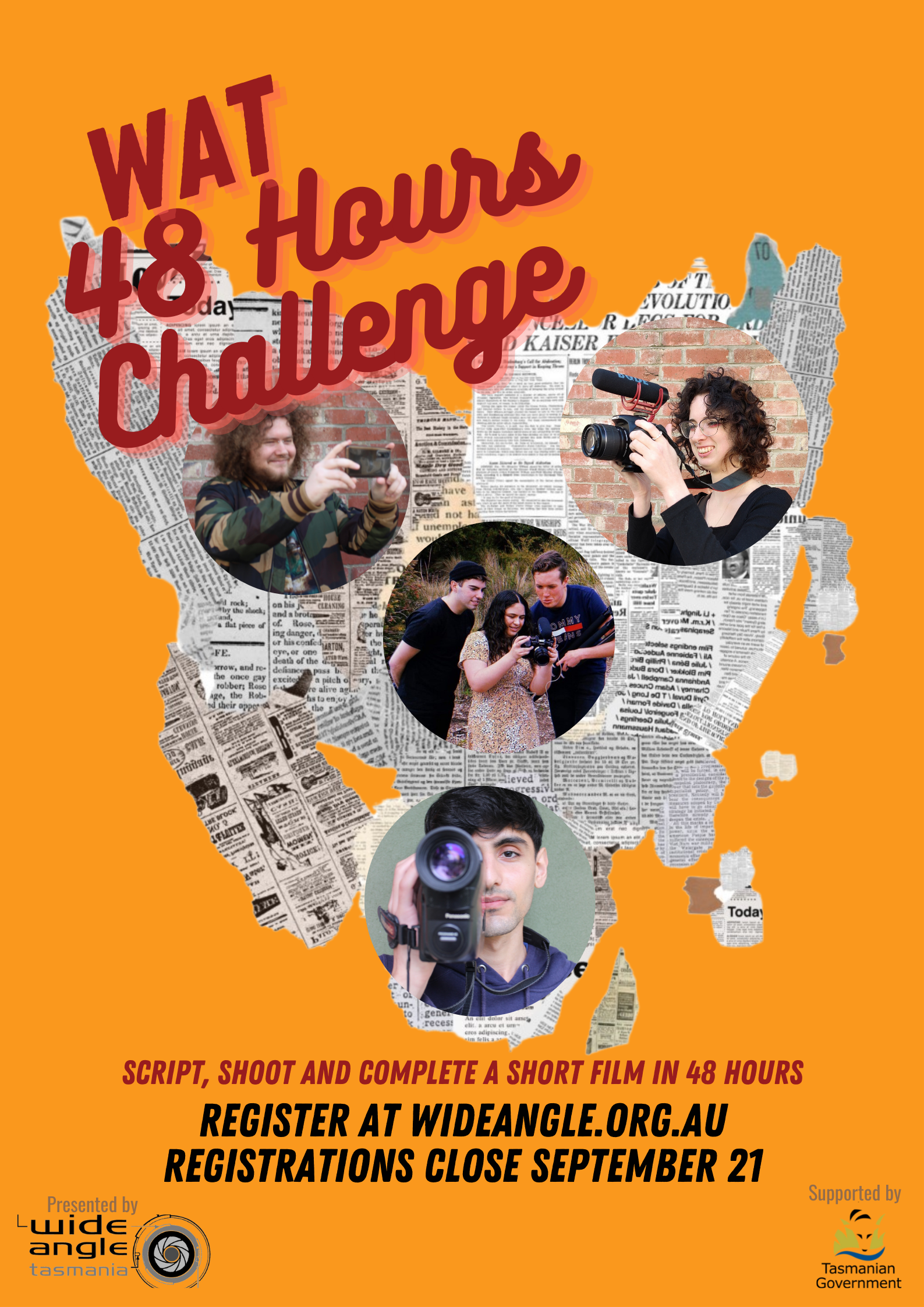 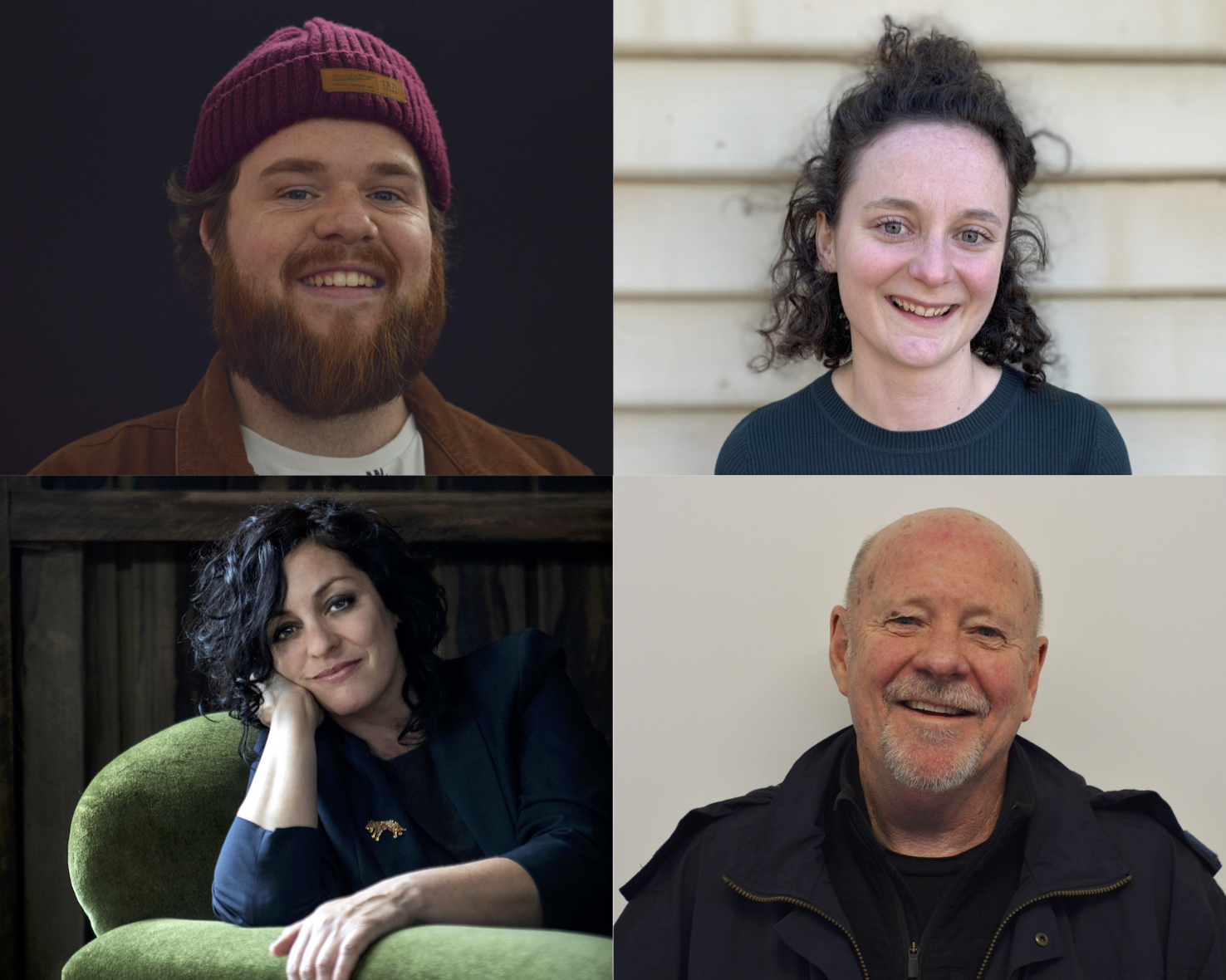 Together with our fabulous host Rob Braslin, this is one all-star line up of creatives excited to see what will be produced in just 48 Hours & offer up some tips for what to do when the pressure hits

Caitlin Richardson - “If in doubt, get your characters talking and make them uncomfortable. Relish in their discomfort!”

Caitlin is a writer from lutruwita/Tasmania whose theatre work has been produced in nipaluna/Hobart, Launceston and Sydney, and adapted for ABC Radio National. She holds a Bachelor of Arts with first class Honours in English/Creative Writing from the University of Tasmania and in 2016 her series of plays was nominated for a Tasmanian Theatre Award for Best Writing. She also works as a high school English teacher and is delighted that The Tailings (SBS, 2021) is her first television drama credit.

David Gurney - “Bite off more than you can chew, then chew like hell!”

David is a well-known creator of animated television series and interactive media. He created, wrote, directed and produced Australia's first CGI animated television series, Hoota & Snoz, and has directed and produced eighteen other TV series and a feature length telemovie. David is a co-founder and co-owner of Blue Rocket Productions, a multi award winning animation studio based in Hobart, Tasmania, and is the Acting Chair of Wide Angle Tasmania.

Monique Brumby - “Don’t get too far up your own bum hole!”

ARIA award winning musician Monique Brumby stumbled her way into pop stardom at the age of 20. She made such an impression that they named a bakery after her. Her dad was responsible for the hit single ‘Brumby Brothers Hardware’ on the roundabout at Mornington, where all her dreams still come true! Brumby has something to live for with this cool Wide Angle 48 Hour Challenge. She will find it hard to select the winners, so be prepared to get a ‘Highly Commended’!

Rob Braslin - “The important thing is to have fun and show love to each other.”

Rob is a Murri writer, comedian and actor from the nipaluna suburb of Clarendon Vale. He started performing stand-up comedy in 2013 and it’s led to all sorts of exciting opportunities in the wonderful world of storytelling. Rob leans into projects that challenge, inspire and educate him; whether it's acting on screen and stage or writing and directing a horror film in his home town. Rob loves making short films and is looking forward to all the chuckles, tears and sighs that your 48 hour masterpieces elicit on screening night!

The WAT 48 Hours Challenge is proudly presented by... 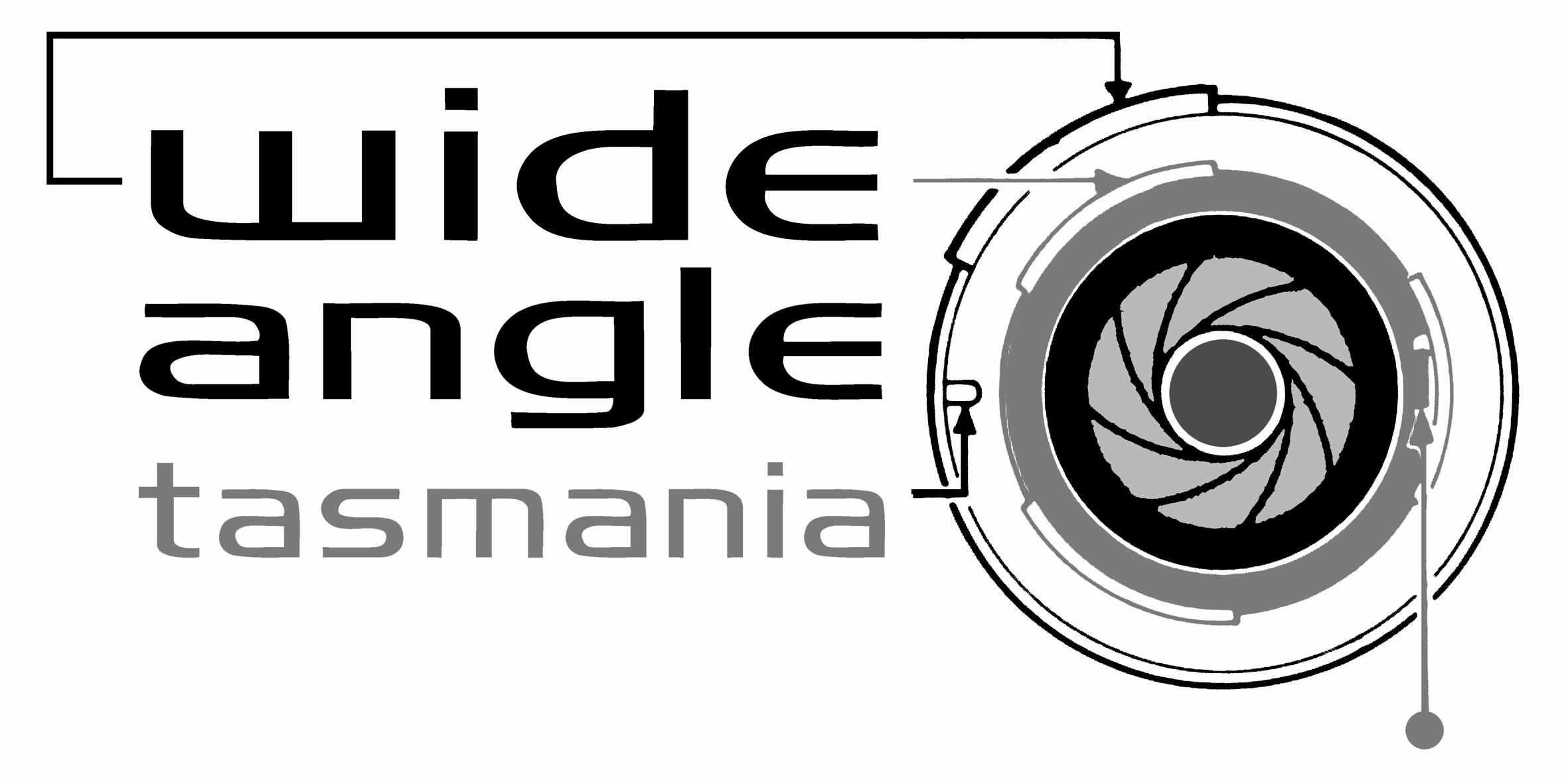 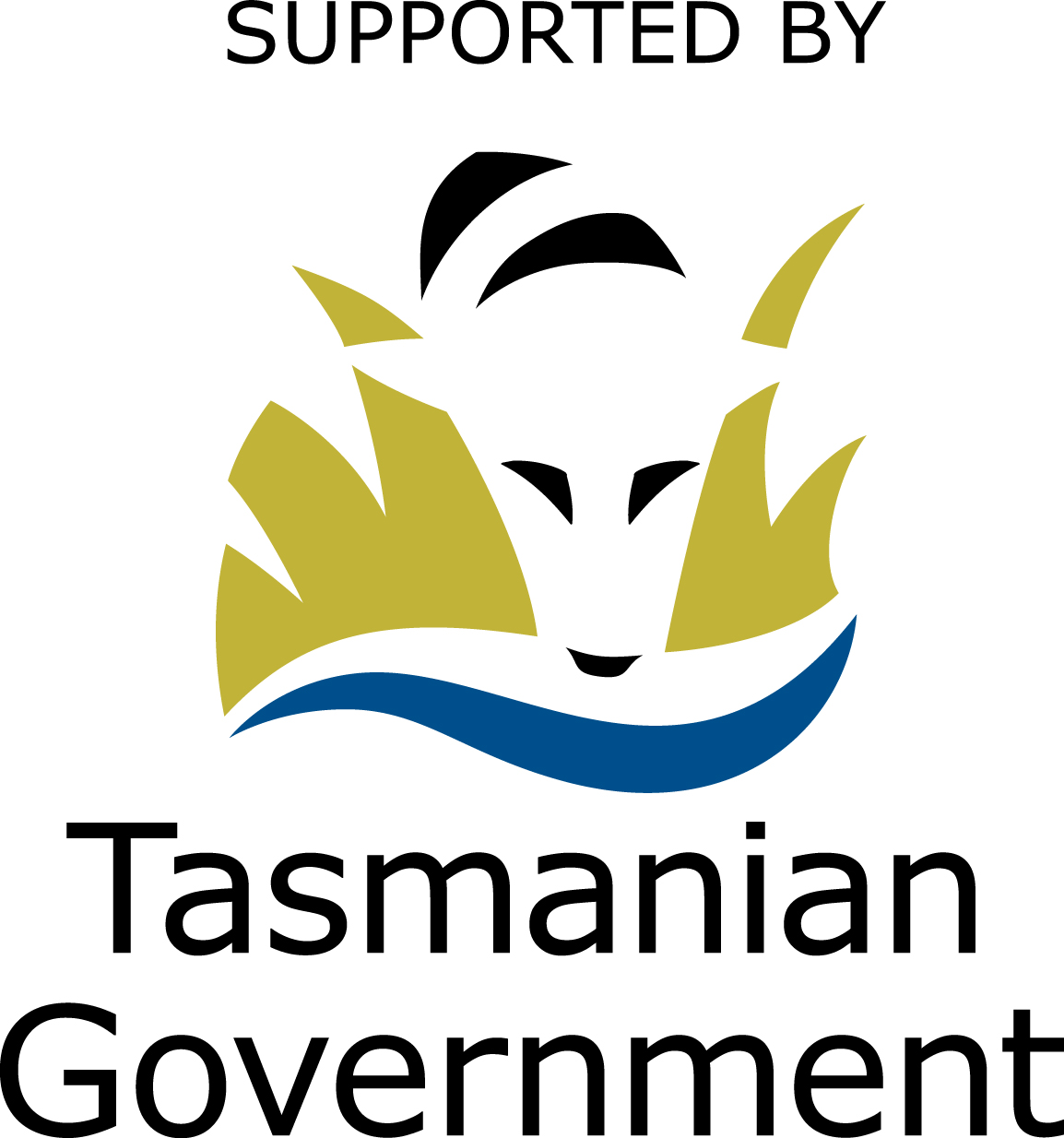